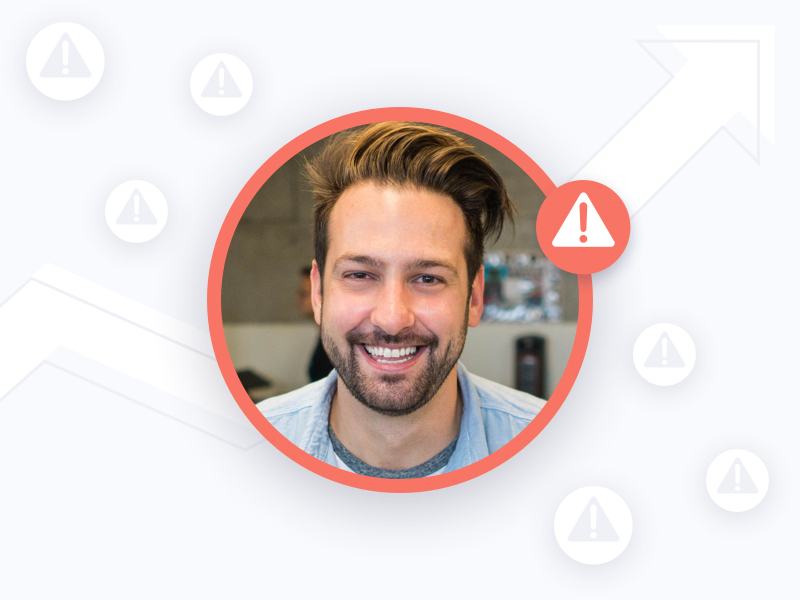 How Much Are Your Bad Hires Costing You?

Candidate fraud happens more often than you might think and reference checks that are conducted by phone or email, present the perfect opportunity for those who want to exploit flaws in a manual process.

So, what can you do to stay ahead of deceitful candidates and ensure they don’t make it into your organisation? This blog explores the consequences of bad hiring decisions and how Xref helps customers to avoid them with smart, secure reference checking software.

The cost of hiring a new employee can be high, both in terms of the time it takes to bring them on and onboard them, as well as the monetary investment in devices and any training required to get them up to speed.

So, when a poor decision is made, it doesn’t just knock the morale of the team and hiring manager, it can also have a direct impact on the organisation’s bottom line.

With Xref, recruitment and talent teams are granted the assurance that, if a candidate is trying to cheat the system at the reference checking stage, often the final verification step before an offer is made, they will be caught out.

This is thanks to our Unusual Activity feature.

Using a unique algorithm, Xref is able to monitor a number of different data points during the referencing process.

As it does so, if anything suspicious is detected, the system will raise a flag that some unusual activity has occurred. Reasons for a flag include matching IP addresses for the candidate and their referee, matching operating systems or identical internet browsers, among others.

Of course, there may be an entirely plausible explanation for the flag but often, they are found to uncover fraudulent activity.

“Xref detects cases of unusual activity which could be signs of a fraudulent reference allowing us to validate the authenticity of each response. We investigate every single case that is flagged and have found that 80% of those are indeed suspicious. This is an ability that we would never have had before and a huge value add for our schools." Just Education

Bad Hires in The Media

You don’t need to look far to find several examples in the media of senior-level job applicants being caught out or even jailed for lying on their CV or faking their own references.

‍If it’s not the executive of a well-known Australian retailer ripping off CVs, it’s a leading telecommunications company hiring an executive with fake credentials.

Worse still, are the stories we see of people hired into positions of trust, working with vulnerable clients and communities, who emerge as having little or no formal training and a detrimental impact on the welfare of those in their care.

"Since implementing Xref we have had four potential fraud cases detected, some of which were for senior, GM-level roles, and one applicant was withdrawn from the recruitment process as a result." Solotel

The cost of a bad hire

The time spent going through the hiring and onboarding process can be valuable in terms of the insights gathered about new hires but all too often it is wasted on candidates who are eventually deemed unsuitable for the role. According to the National Salary Survey from the Institute of Managers and Leaders (IML), the cost of attracting, hiring and training a new staff member in Australia is, on average, $22,135. So, getting the hiring decision wrong can have a significant financial impact.

It is important to consider the potential damage and lasting impact a bad hire could have on the reputation of a business. If the public gets wind of a company hiring someone who isn’t actually qualified or doesn’t have the experience they say they do, for example, a hospital hiring a ‘doctor’ who has never been to medical school, then it can be incredibly difficult to regain trust.

Letting a fraudulent hire slip through the cracks can have a detrimental impact on workplace culture and staff morale. Employees around them who are affected by their lack of the right skills or experience will begin to question how that person was able to land the role in the first place.

One of the most effective ways to catch people out is by conducting reliable and insightful references, as you’ll have the opportunity to cross-reference the skills and experience candidates speak about in their interview with their previous managers. By asking the right questions in a reference check, you can learn a lot of valuable information about your candidate that will help you make a more informed decision.

Tip 2: Let tech help you out

Recruitment technology has a great role to play in collecting useful data and can help you to eliminate the risk of human error throughout the hiring process. The Xref platform has a built-in tool for potential fraud detection that monitors candidate and referee actions for any unusual activity during the reference check. Xref has the ability to crosscheck where the candidate and referees are when they access the platform, monitor what devices they use and keep track of the times at which they carry out a step in the process. Xref will flag any suspicious activity so that the employer has all the information they need to take the matter further with either the candidate or referee, before making a more informed decision about how to proceed.

Traditional reference checking methods rely a lot on guesswork. It’s not worth taking chances just to end up hiring a fraudster. Let Xref take care of the detective work, automating the process so you don’t need to worry. Get in touch today to find out how we can help you hire the right candidates who are who they say they are.

How to Hire Smarter with Data-Driven Insights